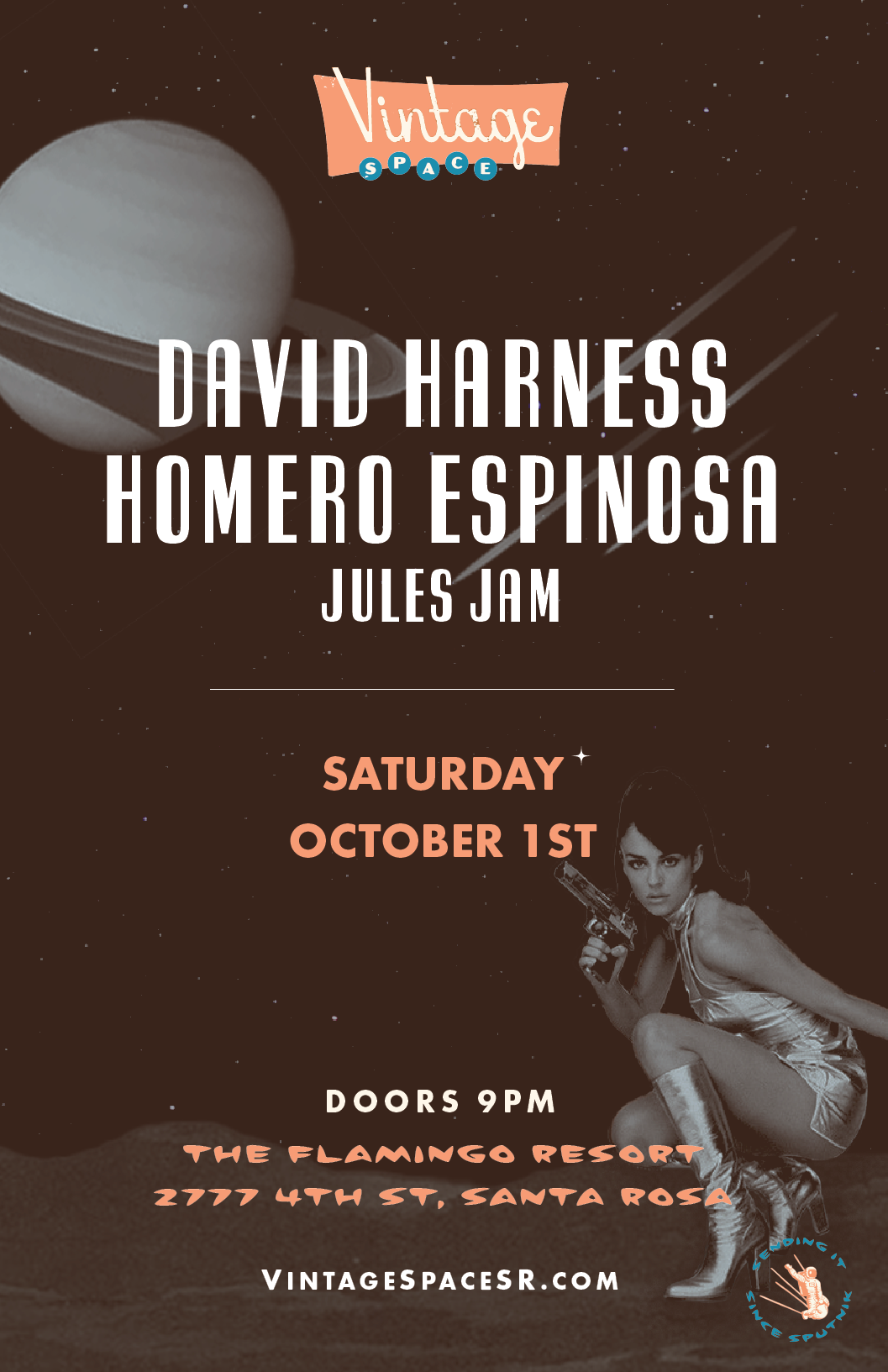 David Harness is one of the most popular House Music DJs for the San Francisco/West Coast sound. vvTouring all over the world, from Coachella to Croatia, from Outside Lands to Glastonbury, David’s star continues to rise within the dance community as a musical storyteller. David is everything beautiful and decadent about house music.The master of his craft, David has lent his producer skills to Grammy-winning artists like Mary J. Blige and Alicia Keys. David continues releasing new music and remixes, including his album ‘Friends in Harmony’ and the upcoming third Mighty Real Pool Party compilation –released from Moulton.

David is in his third year of House Music alchemy, hosting a mix show on My-Soul Radio and spins live on Twitch.tv/djdavidharness.David Harness is known for his decade-and-counting with the famous Mighty Real parties and his epic residencies at Universe and The Endup. The master of his craft, David has lent his producer skills to Grammy-winning artists like Mary J. Blige, Luther Vandross, Aretha Franklin, Alicia Keys, and even Yoko Ono.David Harness continues to bring the best music and performances to the world that are all things David Harness.

A familiar force in contemporary dance music, Homero Espinosa has emerged as one of the preeminent purveyors of the modern West Coast House Sound. His distinctive production approach has kept this Northern California native in the Top 20 Traxsource Deep House Artists racks, consecutively, over the last half-decade.

Equipped with a mission objective to make you Boogie Till You Drop , Espinosa—appearing to be unstoppable—evangelizes the beat as he magically transforms dance floors of cocomotion into comatose cosmic discos, but it wasn’t all double-o-disco for this panhandle prince, who learned from the Bay Area’s best before he unleashed his own brand of stone-cold grooves upon the world.

Over the last two decades, he has developed a unique musical perspective that blends elements of jazz, soul, and hip hop to melodically produce a sound that is as contemporary as it is timelessly classic. Along the way, gaining the valuable support of house music thought leaders such as Mark Farina, DJ Heather , and Miguel Migs with Farina featuring his tracks on his Fabric and Ministry of Sound DJ mixes, while Migs recently tapped Espinosa for an EP on his Salted Music imprint. Located inside the world-renown Moulton Media complex in downtown San Francisco—home to Miguel Migs, Claude Von Stroke , Chris Lum , and many others—Espinosa runs Moulton Music, a venerable West Coast brand where he hosts his Yerba Buena Discos team alongside an all-star cast of the Bay Area’s finest and beyond.

Armed with an ever-growing discography of accolades, 2022 sees Espinosa releasing new productions with Mark Farina, DJ Heather, David Harness , and Doc Martin as he prepares for his debut full-length LP, slated to be released in early 2023. From his weekly residencies and his quarterly label events at Halycon SF to national showcases and beyond, Homero Espinosa’s ever-expanding tour schedule will see this valiant stalwart rise through the ranks—as he rises to the occasion—passing through many of the revered international venues of the world as he makes you Boogie Till You Drop.